Huckleberry Hopkins (John Christian Hopkins) hosts The OK Corral every Wednesday from 3 to 5. Tune in to hear a variety of  country music from gold to classic to rez and have a whole lot of fun too!

John is a member of the Narragansett Indian Tribe of Rhode Island, and a descendant of the royal line of King Ninigret. Hopkins served as a tribal councilman from 1994-1996.

A graduate from the University of Rhode Island, he has been a professional journalist for more than 30 years, including working at USA Today, the Fort Myers (FL) News-Press and the Westerly (RI) Sun. Hopkins also wrote a nationally syndicated newspaper column for Gannett News Service.  He is an award winning journalist and the author of several books, including “Carlomagno: Adventures of the Pirate Prince of the Wampanoag,” “Loki: God of Mischief,” and “Writer on the Storm.” His just published work is “Crockett’s Gold.”

John also worked as a DJ for KGHR radio in Tuba City, Ariz. He is a fan of classic country music and LOVES Elvis Presley. In 2017 he performed a multi-city stand-up comedy tour in Colorado. He brings both his love of country music and his unique comic style to The Peach!

Hopkins currently lives in Peach Springs,  Ariz., with his wife, Sararesa (Begay) Hopkins, who teaches at the Peach Springs Elementary School and serves on the KWLP Advisory Committee. 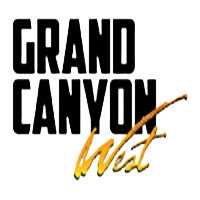