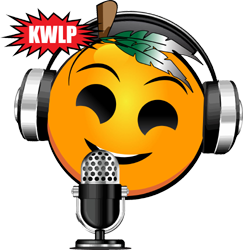 “The local radio station of the Hualapai Nation,” KWLP, 100.9 FM broadcasts “All Kinds of
Music for All of Peach Springs!” live from the Hualapai Indian Reservation. The Reservation
encompasses a million acres along 108 miles of the Colorado River and the Grand Canyon in the
northwest corner of Arizona, U.S.A. The Hwal`bay call this middle river corridor "Hakataya" or
"the backbone of the river". The broadcast eminates from the Hualapai community’s primary
residential center, Peach Springs, Arizona. The FM signal range covers an approximately 30-35
mile range surrounding Peach Springs, potentially reaching 65,000 listeners.

The Hualapai Tribe envisioned a community radio station as part of its long term plan as early
as 1995.  Its internet radio station, EPCH, originated in early 2010 as part of a research project
called “Each One, Reach One.”  The research project’s goal was to determine whether youth
could influence the community, through radio programming, to engage in healthier lifestyle
choices; including increasing physical activity, making different food choices and reducing
alcohol use. This research project was primarily funded by a grant from a funding coalition of
the Native American Research Center for Health (NARCH,) the National Health Institute (NIH)
and Substance Abuse and Mental Health Services (SAMSHA) beginning in 2009. The research
project was implemented by the Hualapai Tribe Health, Education and Wellness Department, in
conjunction with the University of Arizona, School of Public Health. Additional grant funding
was later provided by VISTA, the Northern Arizona Regional Behavioral Health Association
(NARBHA) and the Department of Commerce. The Hualapai Tribe NARCH research project
and its outcome are summarized in a public health journal article published in February 2016.
<Article Link>

Initially the internet station was operated as an affiliate of KIDSTAR, Inc., with technical
assistance provided by Ruth Woody of 977 Media now Shout Broadcasting, Inc, solely to facilitate
meeting objectives of the research grant. All broadcasters were initially Hualapai community
youth.  Later in 2011, the Tribe expanded the purpose of the radio station beyond the research
project and made the radio station a separate program within its Health, Education and
Wellness Department. The station then began including content of interest to the greater
community and utilizing adult volunteers. The station staff was charged by Tribal Council with
planning and developing a terrestrial station for the community. This included collecting data
from the community regarding its interests and needs regarding radio. In 2012, EPCH became
an affiliate of Native Voice One and began rebroadcasting nationally produced Native American
programs. A community radio station advisory committee was also established according to the
requirements of a planning and development grant the station received from the Public
Telecommunications and Facilities Program (PTFP) of the United States Department of
Commerce.  The station is currently 100% Tribe owned and funded.

Effective April 15, 2013, the Federal Communications Commission (F.C.C.) granted a Tribal
Priority commercial FM frequency allotment to the Hualapai Tribe. In June of 2014, The
Hualapai Tribe became the first Tribe in the nation to receive from the F.C.C. a permit to
construct a Tribal Priority commercial FM radio station. Then, on January 5th, 2016 the
Hualapai Tribe was the first in the nation to be granted a commercial Tribal priority license
to operate a Class A FM radio station. This was accomplished through the collaborative
efforts of many Tribal departments and programs and with the assistance of local
community volunteers, as well as the station’s consulting engineer, Fred Hannel, of
Hannel and Associates, Phoenix, Arizona.

Although it is licensed as commercial station, the station operates as a local community
station. The emphasis in programming is local events and services, education, culture and
language and providing music and entertainment content to meet the varied interests of the
community members.  The station does this in accordance with the it's mission
statement.  The station’s goal is to eventually become self-sustaining through
advertising sales and events.  (The station’s media kit may be found in the Station Information
section of this site. It contains information about how you may advertise with the station or
hire staff for your events.)

Both the Hopi and Navajo radio stations, KUYI and KTNN have been very helpful and supportive,
as well as Native Public Media and Native Voice One. Our appreciation goes out to them, as
well as Ruth Woody of Shout Broadcasting Inc and our engineer, Fred Hannel, of Hannel
and Associates in Phoenix, Arizona and of course, all of our Hualapai  volunteers and Community listeners!
Hankyu! ...for your contributions and for listening!

On January 1, 2022,  the Hualapai Tribe made the Radio Station a separate Department of the Tribe.