Terri gave a summary report of the status of the FM Station, including Matt’s 3 phase plan to complete the upgrade and install STL to finally resolve and signal issues related to sending the signal to the tower via wi-fi. Public works is assisting Matt with pre-construction tasks and facilitating supply purchases in collaboration with Terri.

Terri gave a report regarding the status of Community Volunteers  and Events since the last meeting and upcoming in the next two months. A handout was given with flyers for the Volunteers of   three months and the Volunteer of the Year 2019. This prompted a discussion regarding the quality of the distributed incentives to date. One participant stated that Terri had been cheap and doing re-gifting that was perceived negatively in the community. Another indicated Terri didn’t understand the value of Pendelton blankets because she was white. Terri explained/defended her intentions to personalize a portion of the value of the incentives given, so as to make them more meaningful to the winner, in addition to providing gift cards and certificates of present monetary value. She also had to explain what the major gifts to Steve DeFord, 2019 winner were (antique nativity sets and triptychs, which did have monetary value, but also recognized he was a Christian pastor and his show on the station was a Christian show.) Terri also pointed out that the Winner had loved the incentive items to which exception was taken, to the extent he reached out and contacted the donor of the items and suggested the assumptions/judgments that they weren’t appreciated had been uninformed. The consensus was that in the future there should be some consistency and permanency in the Winner’s incentive, such as a monogrammed Pendleton blanket, to address concerns, with the remainder of value coming from sponsor/advertiser provided gift cards and certificates and items. Terri shared a sponsorship trade contract had already been reached with Dr Purdum in which she was donating a quilt with a retail value of $3000.00 to be given to the 2020 Volunteer of the Year. The consensus was that would be acceptable, provided it was monogrammed to identify the award, but in future years the incentives should include a Pendleton blanket.

The reminder that Advisory Committee members were expected to contribute time to the station prompted a discussion of options for meeting this obligation other than being a show host. The following ways were identified: assisting at events, screening music, music library data base updates due to reporting changes, narrating books for Read on Hualapai; Spring cleaning-inside and outside; organizing the music library regrouping per genre and alphabetizing ;) inventory and voicing PSAs and event promos.

A handout was provided with upcoming events and the community meeting was specially mentioned. Health Dept programs (KWLP) will be presenting at Community Meeting 2/23 p.m.

Terri gave a report on updates regarding  programming /operations/staffing/content/ads& sponsorship. A handout of the current program schedule was provided, which has been changed to be more easily readable per previous committee member input. This prompted a member raising a community concern/inquiry she had regarding the morning News show being too conservative and opinionated.  Terri noted that American Daily News, which had played at 6 :30 a.m. for a couple of months had turned out to be more of a conservative editorial show than a news show as promoted and had already been pulled from the programming. Instead, Arizona Public News, which is more liberal and in line with local community majority views will be played instead in that time slot. It is in the works.

Terri reported that interviews had been conducted for the open Admin Assistant position, Two applicants were previous employees. First choice was not eligible due to not having a valid fingerprint card and 2nd choice wanted to wait to apply for the now open Operations  Assistant position. Terri explained briefly that the Operations Assistant position was now vacant; acknowledging that many people had found the staff member likeable, but advising there had been multiple misconduct and performance issues. Advisory Committee members were invited to discuss details privately if interested.

Terri reported Advertising/Sponsorship arrangements from 2019 were up for renewable, but for Humming Beads and Brendan Kingman Cinemas, which already renewed.  Members were encouraged to solicit advertisers and sponsors for the station and thank those we had if the opportunity presented.

Terri reported on misc matters including: Advising staff from Enco had spent two days at the station setting up the software and it should be doing a trial run, then staff train the trainers training soon. The station was recently approached about an adult WIA placement.  A handout of the January music library updates was distributed. The 2020 budget was approved but for $10,00 for equipment. It is available for private review if interested.

Terri distributed a survey for input on 2020 promotional product purchases. She shared that Dept. Director, Sandra had requested items that would be of value to the community in emergencies, rather than the usual T-shirts and water bottled be considered. Terri also shared that the station still has some misc promotional products from 2019 on hand, such as pens, sticky note pads, fidget spinners, chapstick and Frisbees and noted that the items preferred by the Director would be more expensive, so would result in reduced quantity for distribution. Some discussion was held regarding options and suggestions.

The next meeting will be held on April 23, 2020 at noon at the KWLP conference room.  Members are encouraged to join the KWLP Volunteer Facebook page, as it is the primary source of  activity posting for volunteers at this time. They are also encouraged to stop by and observe operations or share any input or feedback they have between meetings. 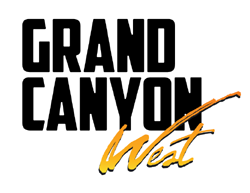